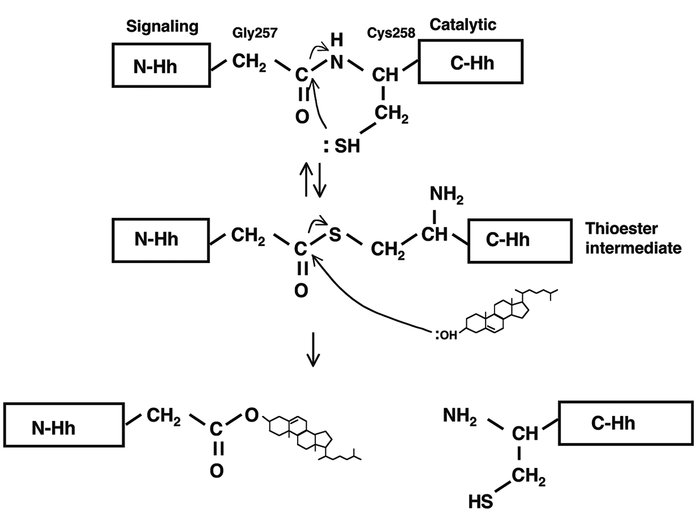 The mechanism of Hh autoprocessing. In Hh, the cleavage takes place between Gly257 and Cys258. In the first step, the thiol group of Cys258 makes a nucleophilic attack on the carbonyl group of Gly257 to replace the peptide bond with a thioester. Subsequently, cholesterol attacks the same carbon in the thioester intermediate, which results in the covalent attachment of cholesterol to N-Hh and release of C-Hh. Both steps of the reaction depend on the catalytic activity of C-Hh, while the signaling activity resides in the N-terminal peptide. Adapted from ref. .