Identification of 4 phenotypically distinct B cell subsets in the peripheral blood of healthy RMs. 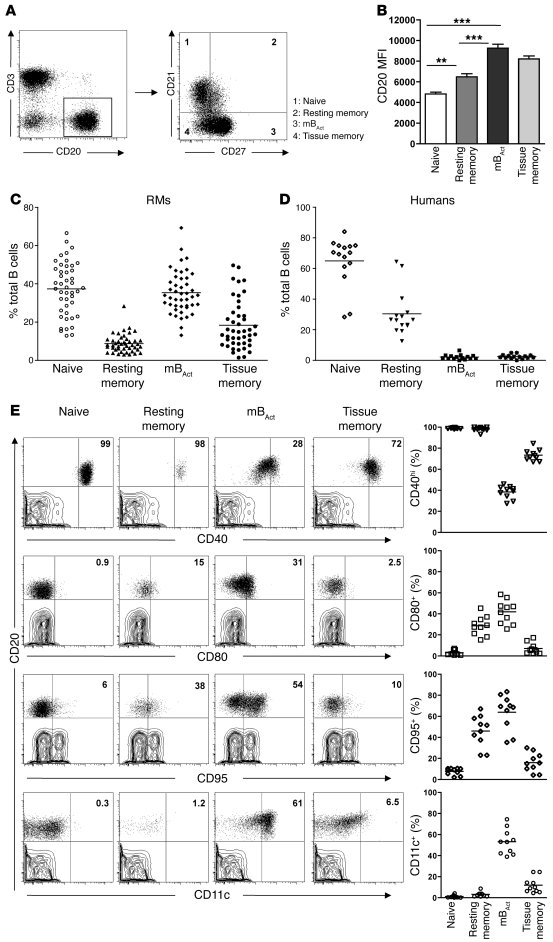